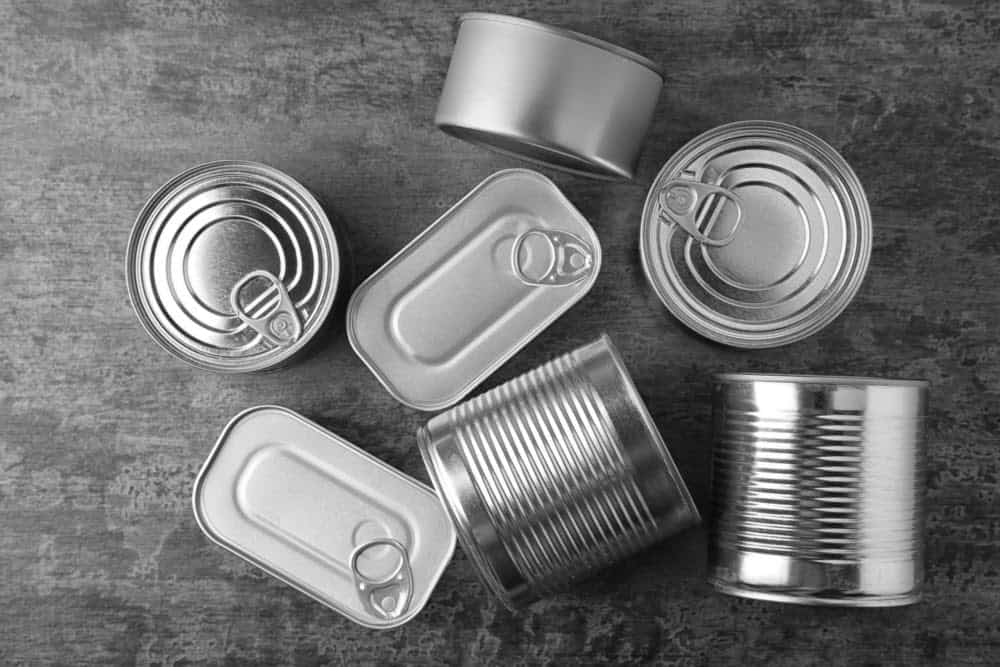 Galvanizing isn’t the only method of protecting steel and fabricated iron from corrosion and rust. There are occasions that steel and iron are protected by tinning, the application of a thin layer of tin over the surface of the underlying metal.

Tinning is Not Just Used to Prevent Rust

Metals are tinned by dipping them into a vat of molten tin. The resulting product is called tinplate. It’s a sure thing that you have experience with tinplate. Tinplate is used to make tin cans. Up until about 50 years ago, it was not unusual to come across tinplate pots and pans.

Tinning has some legitimate applications. It’s used to prevent corrosion at the ends of electrical wire. It keeps wires from unraveling and causing short circuits when it is applied to twist-ons, terminal blocks, and binding posts.

But when it comes to preventing rust and corrosion of iron and steel, galvanizing with zinc offers longer-lasting, superior protection. Let’s consider why.

Tin Cannibalizes Iron or Steel when Tinplate is Abraded or Broken

Either zinc or tin forms a protective layer over iron or steel. You can certainly appreciate the fact that the contents of a can of soup don’t rust through the can to make it spill all over your kitchen cabinet. But the utility of tinplate is limited by its susceptibility to abrasion and other forms of mechanical damage.

Tin isn’t affected by the acidity of foods inside a tin can. As long as the tin coating in the interior of the can is intact, the tinplate will keep acid foods from reaching the steel frame of the can so it does not rust.

But, if something were to happen so that the layer of tin inside the can were to become discontinuous, the tin would cannibalize the iron in the can to protect itself. Tin has a slightly negative electrical potential with regard to iron, so it would receive electrons from iron atoms, leaving them vulnerable to attack by acidic compounds in the contents of the can and to water.

On a larger scale, tinplate would cannibalize any other iron or steel object it was covering after abrasion or mechanical damage. That’s the reason tinplate can’t be used for protecting the steel used in buildings, bridges, or industrial fabrication. Of course, tinplate is still used for tin roofs.

Modern tin roofs last longer than the tin roofs of your grandparents’ or great-grandparents’ time. Panels of roofing tin are protected with paints such as Kynar. These paints are baked on like enamel. A tin roof no longer has to look like a tin roof. It can be colored.

But, sooner or later there will be a hailstorm or a windstorm or some other mechanical assault on the tinplate, and it will begin to rust. Once the iron core of the roof panel is exposed, the tin will protect itself against corrosion by sacrificing the soft steel beneath it, and physical deterioration is inevitable.

Except for Cans, Galvanized Steel is Almost Always a Better Choice than Tinplate

Even if your new tin roof comes with a 40-year warranty, galvanized steel roof panels are going to last longer. Galvanized steel is not expected to need maintenance for as long as 70 to 100 years or more, and if it is damaged, the layer of zinc alloy at the surface of the panel will continue to protect the steel beneath it. And instead of rust, galvanized steel develops a protective patina that only gains character with age.

« How to Clear Coat Galvanized Steel
Why is Zinc Used in Galvanizing and not Copper? »